Not Giving Up When You See The End

[October 19, 2015]  EL CERRITO.  Last weekend, I was in New York celebrating the 25th Anniversary of an organization that I was apart of in high school called Summer Search, Inc. The program inherently took underrepresented minorities, recent immigrants, low income students, etc., to experience a life changing excursion during either the summer of their sophomore or junior year (or both). These excursions could include backpacking and camping in a foreign country or state, attending a competitive boarding school far away, or learning a foreign language abroad, to name a few, all for free.

To celebrate the triumph of this organization, we had an alumni summit where over 200 alumni came together to learn about where the organization is now, how they can get more involved, and walk away with some useful professional development to assist them in their careers. One distinguished alum, Robert Reffkin, a former White House Fellow, Chief of Staff of the President & CEO of Goldman Sachs, and now Founder & CEO of a real estate start-up call Compass, talked about in addition to all of his accomplishments, how he’s run a marathon in every state of the Union. I was amazed and astonished to hear about this feat and wondered what kind of discipline, dedication, and determination must have gone into it.  I recalled completing my first HALF marathon a few years ago and realized what that meant to me personally.  After the pain and exhaustion surpassed, it was just me, the finish-line, and my will.

Lately, I have been traveling a lot and have been a slacker on exercising.  For some reason, I felt determined that I would start running my 5ks on Monday’s and Friday’s again after hearing Robert’s analogies about running marathons and life in general.  He said:

Today, I ran my first 5k in weeks. I was very sluggish and tired. Many times I wanted to quit along the way.  It was about 68 degrees, a mild breeze, a clear sky and a beautiful day.  As I ran with my Nike app tracking my distance and I listened to some old school hip hop and R&B on my headphones, I made some connections in my mind.  I thought about, how often do we quit even though we know when then end is near?  I knew how far 5k was but almost gave up. I decided to push myself until the end and reached my goal. I’m not saying that it wasn’t hard, but I realized that far too often we set goals, know what, when, and how to make them happen, but give up n them because of fear, lack of preparation, discipline, or just not knowing how to pace ourselves endurance wise. My message to you, my friends, is don’t give up. You know where you are going and how to get there. Just get there.

Kevin L. Nichols is an entrepreneur, a legal technology, diversity, social media, and political consultant who resides in the Bay Area.  He is a passionate community organizer and activist.  Kevin is affectionately known as The Social Politician™ and The Social Engineer™ who is engineering a better life for the next generation, socially.  For more information, please visit www.kevinlnichols.com. 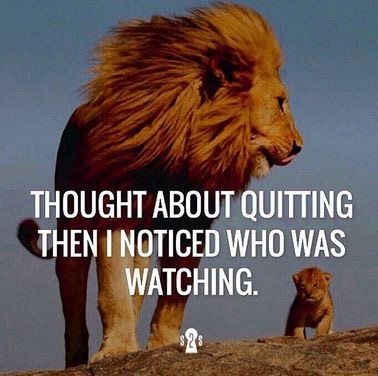